Recently, NFT has been making headlines, but many people are not even familiar with what it stands for–a non-fungible token–much less what it is. NFTs have nonetheless developed into a massive marketplace despite that. Although some evidence suggests that this particular market has already passed its peak, there is strong evidence that it will rebound. The next boom in metaverse marketplaces is already forming, whether or not we recognize it.

The following is clear: it is possible to make fortunes by understanding and to leverage NFTs and other emerging technologies. For the majority, however, this is more difficult than it seems. We will break down the principles surrounding virtual product marketplaces into the core concepts businesses need to understand to gain an early advantage in this market.

In An Ever-Increasing Virtual World

In the past, virtual reality was considered science fiction (if you still need to read Snow Crash). However, it has now become a science fact. A significant portion of the lives of hundreds of millions of people is spent in persistent, networked virtual worlds, such as Fortnite, Roblox, and Animal Crossing.

Nevertheless, the applications go far beyond gaming. As I write this, people are building lasting virtual relationships, decorating virtual spaces, competing for scarce virtual resources across multiple distinct virtual ecosystems, and building and decorating virtual spaces. Furthermore, as augmented reality becomes increasingly prevalent, virtual overlays are increasingly taking part in how we observe the physical world, which is, at present, still considered to be “real.”

Virtual worlds today are mostly limited to PC and tablet interfaces. As such, they are limited by the limitations of the hardware, which is quite different from the indistinguishable alternate realities of science fiction, which are often indistinguishable. Our virtual and physical worlds will blur as VR hardware becomes more advanced and affordable. This will allow these virtual experiences to become more real.

Metaverse: Shifting To A New Paradigm

A coherent cross-world ecosystem is an important obstacle to the growth of virtual reality, aside from hardware. Most common virtual worlds are intentionally restricted to certain games, objectives, or communities, even though some virtual worlds strive for universality.

The Metaverse is a collective and persistent layer of connected virtual worlds that eventually connects virtual spaces with augmented reality-enhanced physical worlds.

The collective metaverses, or virtual and augmented reality, are already integral to human existence. However, it is unclear how this evolution will occur. Consequently, smart companies are investing heavily in this area. In fact, Facebook currently invests 20% of its entire workforce in VR and AR.

Nevertheless, most companies have yet to be able to achieve this level of investment, mainly because they need to know where to start. This advertisement/short film from Windows Mixed Reality is intended to help you extend your imagination into this realm.

The applications of virtual products may be obvious to many companies. It is easy to imagine a person purchasing a virtual Ferrari to gain an edge in a virtual racing simulator. Virtually wearing an expensive suit has the same benefits as wearing one in a physical setting.

Virtual products are difficult to imagine how a company like Taco Bell might use them. In the last month, they created and sold tens of thousands of dollars worth of virtual products, even though certain benefits of a Chalupa Supreme do not seem to translate well to a virtual environment.

There are more video games in the world than sports and film together. Think about that for a moment. How much would you like your brand or product to feature in a hit film or on a sports broadcast? A downloadable skin for Fortnite or product placement for Animal Crossing would reach a much larger audience.

Regardless of whether you are currently unable to make a fortune selling virtual products, you can begin leveraging massive brand equity gains immediately. Whether or not you have a product that matches one of today’s virtual worlds, you can use your brand on virtual clothing, signage, artwork, and more.

The problem of counterfeiting is evident in many industries in the real world, from sneakers to fine art. However, in the virtual world, it becomes even more complicated.

Materials and construction details distinguish a counterfeit Rolex watch from a genuine one in the physical world. It is possible to create “virtually” identical copies of virtual products in virtual worlds without any evident differences in the product files themselves. How are virtual products maintained and enforced for scarcity and exclusivity? NFTs can help with that.

At first glance, blockchain may appear quite complex, but it is best to view it as a record of ownership for a particular virtual asset, such as a virtual product or cryptocurrency unit. Blockchains differ from other records of ownership, such as the ledger in your bank account, in that they are decentralized, and no one has the authority to alter, change, or destroy them.

While NFTs share some similarities with cryptocurrency units. Blockchain technology mainly generates and protects them, but they do not have a fungible or tradeable value. The blockchain is an unalterable and indestructible record of ownership. It can point to anything from digital art (we are big fans of David O’Reilly) to a clip of LeBron dunking to a Kings of Leon album. There is no value in itself for a bitcoin since it is the same as every other bitcoin in existence.

People can still walk around in fake virtual sneakers in the future virtual worlds. What it does is that it allows virtual worlds to enforce rules concerning the use of identifiable products. It allows IP owners to sell and enforce licenses for using their intellectual property in virtual spaces. In addition, the NFT is merely one method of identifying and protecting virtual ownership, with numerous others, including the eventual standard.

In addition to protecting intellectual property in virtual spaces, NFTs can also prevent counterfeiting and unauthorized reselling of physical products. An eCommerce company’s greatest challenge today is competing against unauthorized resellers of their products on major metaverse marketplaces. A method of combating this would be to provide a verifiable certificate of authenticity to authorized sales channels using an NFT-linked virtual rendering of your product.

All you need to know about subsidized loan

Car Cleaning: How Does A Car Cleaner Make My Car Cleanest? 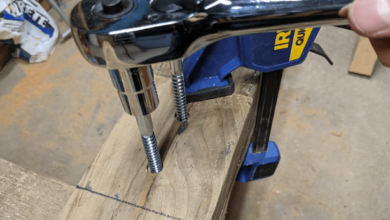 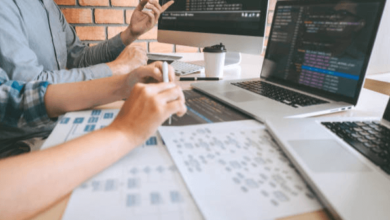 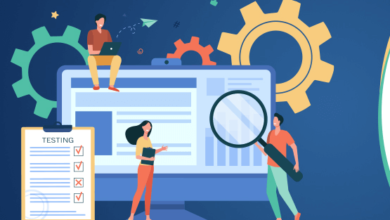 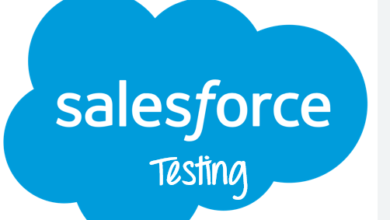