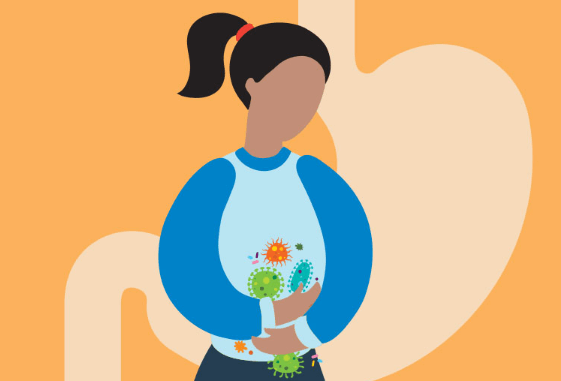 Is It a Stomach Flu or Influenza?

It is no pleasure no matter how you refer to the highly contagious intestinal sickness (also known as the stomach flu or, more accurately, viral gastroenteritis). Watery diarrhea, stomach pain, vomiting, muscle pains, and a minor headache are all common symptoms, and they can linger for several painful days in some cases.

We are discussing stomach flu and influenza and will prove these two ailments, on the other hand, are not the same.

What is Stomach Flu?

Stomach flu is a term used to describe a condition where you experience diarrhea and vomiting. These signs and symptoms are frequently caused by an illness known as gastroenteritis.

In Gastritis, the stomach and intestines become irritable and inflamed. A virus or a bacterial infection usually causes the disease.

When you have gastroenteritis, the most common symptom is diarrhea. When the GI tract becomes infected during gastroenteritis, the virus engages in various activities that cause diarrhea to develop. Malabsorption occurs due to the destruction of enterocytes, which are cells found in the gut. It is also possible for the virus to interfere with water absorption and cause secretory diarrhea, resulting in the formation of loose liquid stools.

There are numerous ways in which gastroenteritis can be transmitted:

Bacteria, for instance, E. coli and salmonella, can also cause stomach flu, though they are less prevalent than other types of bacteria. Undercooked poultry, raw eggs, and poultry juices are common vectors of Salmonella and Campylobacter infections, which are the most common bacterial causes of gastroenteritis. Live chickens or pet reptiles can also carry Salmonella.

To consult with best Gastroenterologist through marham.

The flu is a viral respiratory infection that affects the respiratory system (germ). Influenza is widespread during the winter months and can be quickly passed from person to person if not treated promptly.

Most people who contract influenza are unwell for a week or two before recovering. Some people have more severe lung infections due to the flu, while others experience an exacerbation of underlying diseases such as heart failure or emphysema.

The term “flu” refers to various symptoms that are not influenza, and those also include the common cold, diarrhea, and vomiting. The term “stomach flu” is usually misleading and the reason is clear, viruses other than the flu are responsible for this sickness.

Also read: How to Write an ICO White Paper?

Influenza viruses, which infect the nose, throat, and lungs, are responsible for spreading the flu. These viruses can spread when sick people with flu cough, sneeze, or talk. This causes droplets of the virus to be released into the air, where they can enter the mouths or nostrils of close others. You can also contract it by touching a surface or object or visiting a place with the flu virus on it and then touching your lips, eyes, or nose.

You can spread this flu before you realize you’re sick, starting one day before symptoms appear and lasting up to five to seven days after becoming ill. Some persons, tiny children, and those with low immune systems may be able to infect others for an even more extended period than usual.

Is It a Stomach Flu or Influenza?

Stomach flu is an infection of the stomach and intestines that affects the digestive system. A virus, such as a norovirus, is typically responsible for developing stomach flu. We know that vomiting, nausea, and diarrhea are all general symptoms of the stomach flu.

On the other hand, influenza is a respiratory infection that affects the lungs. It is caused by influenza viruses, which induce symptoms such as a sore throat, runny nose, and, in some cases, a high temperature.

Both diseases necessitate relaxing at home and consuming lots of fluids to maintain health. In extreme situations, medical intervention is required, including administering antiviral medicines or antibiotics.

Stomach flu and influenza are not exact. In some typical cases, it may be seen that the symptoms of both of them are equal, but it is not true all the time. It would be best to go to the Gastroenterologist for the best consultation and treatment.

We suggest you contact the expert through Marham because of the remarkable services and instant appointments with the help of its extensive network.

What is the duration of influenza transmission?

People who are sick with the flu are at their most contagious in the first 3-4 days after the disease starts. Some otherwise healthy adults can be able to infect others beginning one day before symptoms appear and continuing for up seven days after falling ill with the illness.

What is the mechanism by which influenza enters the body?

This virus usually enters your body through your nose, transmitted by droplets from an infected individual who sneezes or coughs near you. If a sick individual is standing within six feet of you, they are in a position where they can transmit germs.

What is the lifespan of the Stomach virus?

Symptoms of viral gastroenteritis can occur between 1-and 3 days after being infected and can range from mild to severe, depending on the infection’s underlying cause. Usually, symptoms last only a day or two, although they can persist for up to 14 days on rare occasions.

Should you starve a stomach bug if you have one?

The most crucial thing to do is give your stomach and intestines some much-needed rest. This may be accomplished by abstaining from solid food for some time and drinking just clear liquids. Following the intensity of your symptoms, it is OK to begin eating soft, bland foods that are easy to digest.

Menopause Symptoms and What Are Its Treatments? – Dr. Himali Maniar

Botox: Is it the right choice for you? – Dr. Swetha

Limb Reconstruction and Limb Lengthening: A Step towards Healthy Life

Where to Invest in Prime Valley or 7 Wonders City?

Top Tips for Choosing the Best Siding For Your House

Top Tips for Applying Grout to Your Tiles

What are some ways of cleaning a carpet?

What to Consider When Buying an Infrared Camera

Where to Invest in Prime Valley or 7 Wonders City?

Top Tips for Choosing the Best Siding For Your House

Top Tips for Applying Grout to Your Tiles